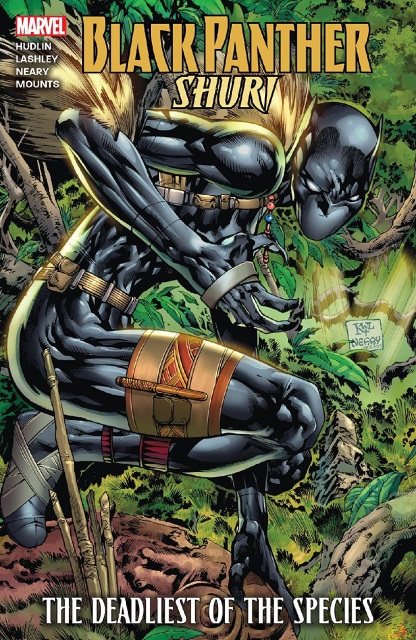 Black Panther Shuri: The Deadliest of the Species

Who is the Black Panther? Under the protection of the Black Panther, the African nation of Wakanda has thrived. But after attending a secretive, mysterious meeting, T'Challa - the current Black Panther and ruler of Wakanda - returns home with severe injuries and locked in a comatose state. Though Wakanda is a powerful nation capable of defending itself, its power comes directly from its leader, the Black Panther - and in the event that T'Challa doesn't emerge from his coma, a successor must be chosen. For Shuri, younger sister of T'Challa, the time has finally come to take up the mantle. But as she embarks on the dangerous ritual to become the new Black Panther, the stakes have never been higher. An unstoppable force is headed toward Wakanda: Morlun is back, and he's hungry!