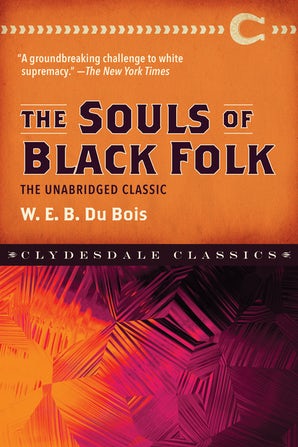 The Souls of Black Folk by W.E.B. DuBois

With a dash of the Victorian and Enlightenment influences that peppered Du Bois’s impassioned yet formal prose, the largely autobiographical chapters of The Souls of Black Folks take the reader through the momentous and moody maze of Afro-American life after the Emancipation Proclamation: from poverty, the neo-slavery of the sharecropper, illiteracy, mis-education, and lynching, to the heights of humanity reached by the spiritual “sorrow songs” that birthed gospel music and the blues. The capstone of The Souls of Black Folk is Du Bois’s haunting, eloquent description of the concept of the black psyche’s “double consciousness,” which he described as “a peculiar sensation....One ever feels this twoness—an American, a Negro; two souls, two thoughts, two unreconciled strivings; two warring ideals in one dark body, whose dogged strength alone keeps it from being torn asunder.”