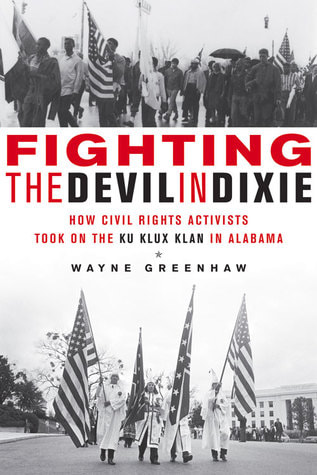 Fighting the Devil in Dixie: How Civil Rights Activists Took on the Ku Klux Klan in Alabama

"Shortly after the success of the Montgomery bus boycott, the Ku Klux Klan determined to keep segregation as the way of life in Alabama staged a resurgence... journalist Wayne Greenhaw was interviewing Klan members, detectives, victims, civil rights leaders, and politicians of all stripes. In "Fighting the Devil in Dixie," he tells this dramatic story in full for the first time from the Klan's kidnappings, bombings, and murders of the 1950s to Wallace's run for a fourth term as governor in the early 1980s, in which he asked for forgiveness and won with the black vote..."