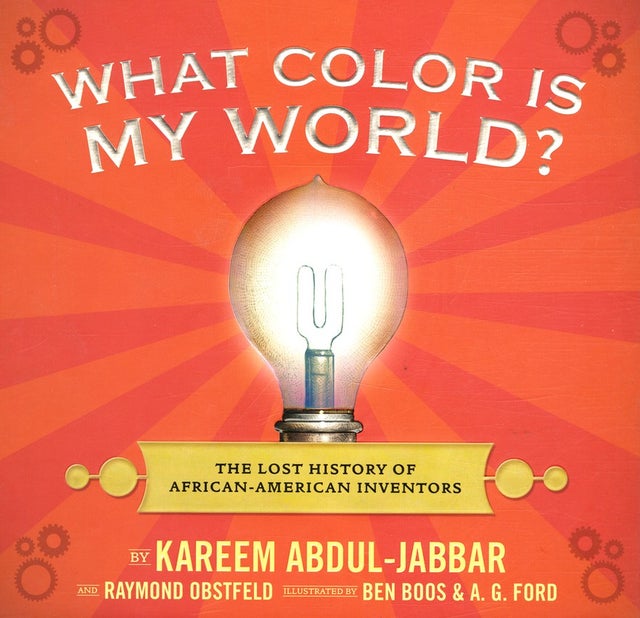 What Color is My World: The Lost History of African-American Inventors

While twins Ella and Herbie help the handyman Mr. Mital work on their new home, he tells them about such inventors as Granville Woods, Dr. Henry T. Sampson, and James West, giving them a new view of their heritage as African-Americans.

Kareem Abdul-Jabbar, basketball legend and the NBA's alltime leading scorer, champions a lineup of little-known African-American inventors in this lively, kid-friendly book.Did you know that James West invented the microphone in your cell phone? That Fred Jones invented the refrigerated truck that makes supermarkets possible? Or that Dr. Percy Julian synthesized cortisone from soy, easing untold people's pain? These are just some of the black inventors and innovators scoring big points in this dynamic look at several unsung heroes who shared a desire to improve people's lives. Offering profiles with fast facts on flaps and framed by a funny contemporary story featuring two feisty twins, here is a nod to the minds behind the gamma electric cell and the ice-cream scoop, improvements to traffic lights, open-heart surgery, and more -- inventors whose ingenuity and perseverance against great odds made our world safer, better, and brighter.

Back matter includes an authors' note and sources.