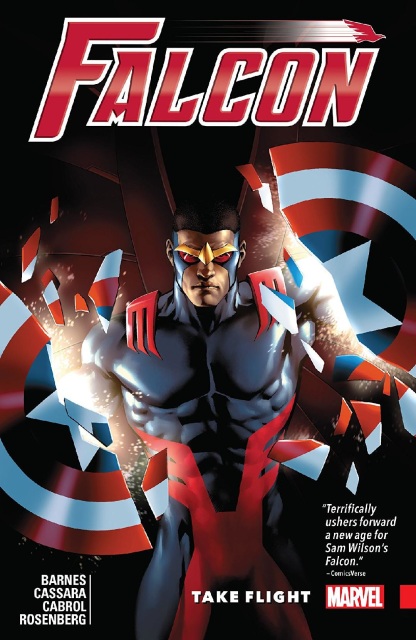 Sam Wilson — winged warrior, avian Avenger and one-time Sentinel of Liberty — takes to the skies once more! Reborn and recommitted, Falcon takes on a personal mission to reconnect with the American people and train his new partner, Patriot. But when a gang war overtakes the streets of Chicago, Falcon finds himself up against an enemy way out of his weight class: the demonic Blackheart! Falcon and Patriot must fight to restore order as a full-scale riot threatens to destroy the city. But with the son of Mephisto fanning the flames, the heroes will be put through hell! And if that isn't horrific enough, Sam's romantic (or rocky) reunion with Misty Knight is wrecked by…vampires? As Chicago's future hangs in the balance, can Sam's indomitable spirit triumph in the face of unspeakable evil?